NHL Trade Deadline April 12 —What Would You Like To See Happen? 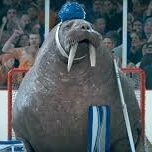