The "I sometimes break a sweat" thread 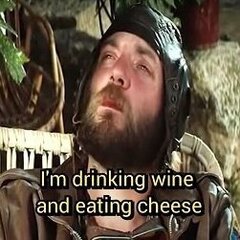